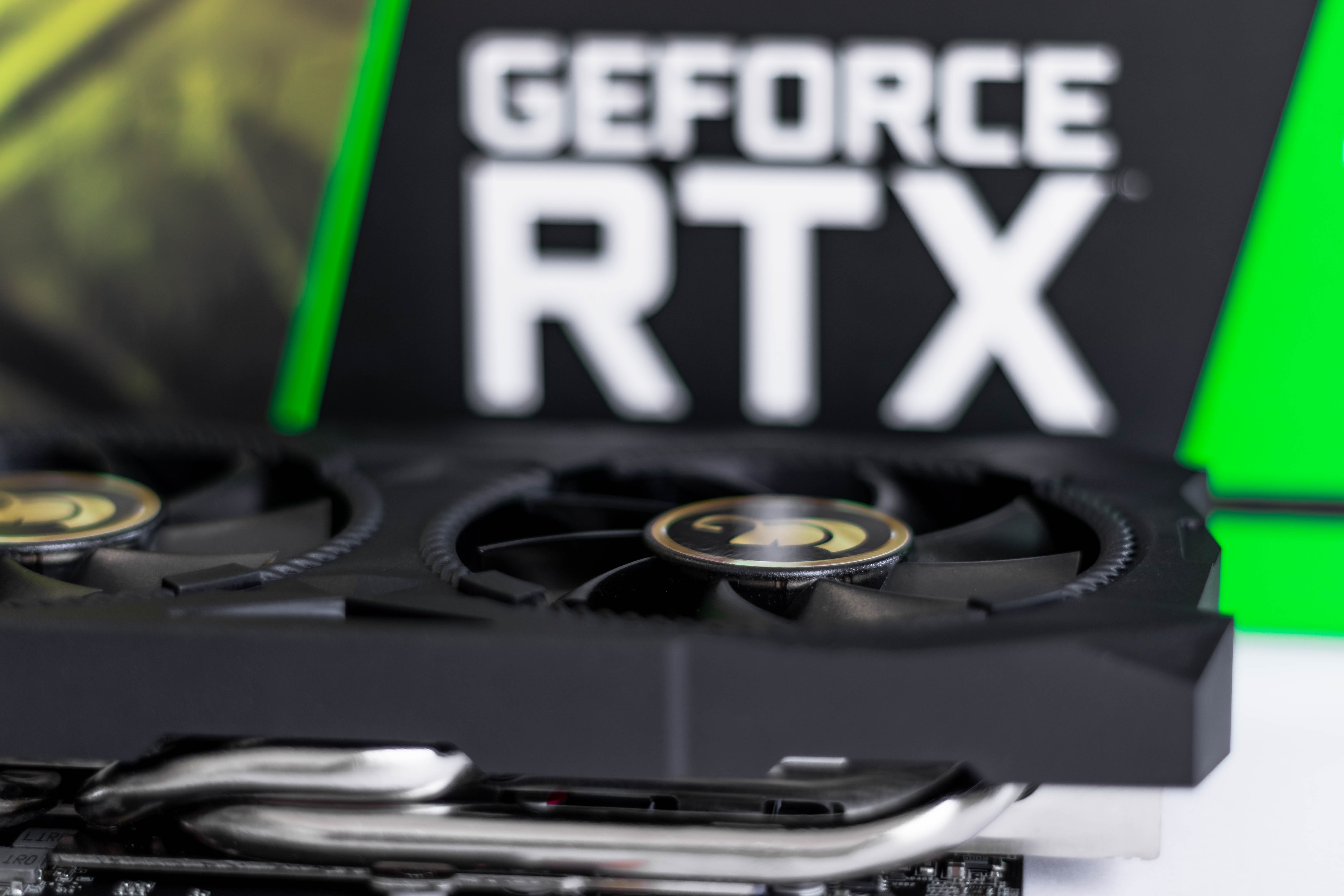 Which Nvidia GPU is the best? We picked 4 GPUs that are most discussed within the professional fields, the RTX 3090, RTX A6000, TITAN RTX, and RTX 2080Ti to compare. The TITAN RTX and RTX 2080Ti where the most popular GPUs in the last generation (Turing architecture) whereas the RTX A6000 and the RTX 3090 are meant to be their descendants. With the information we found, hopefully we give the broad consumers a better view of which GPU fits your scenario. Note that all the test results in this blog were based on single GPU. 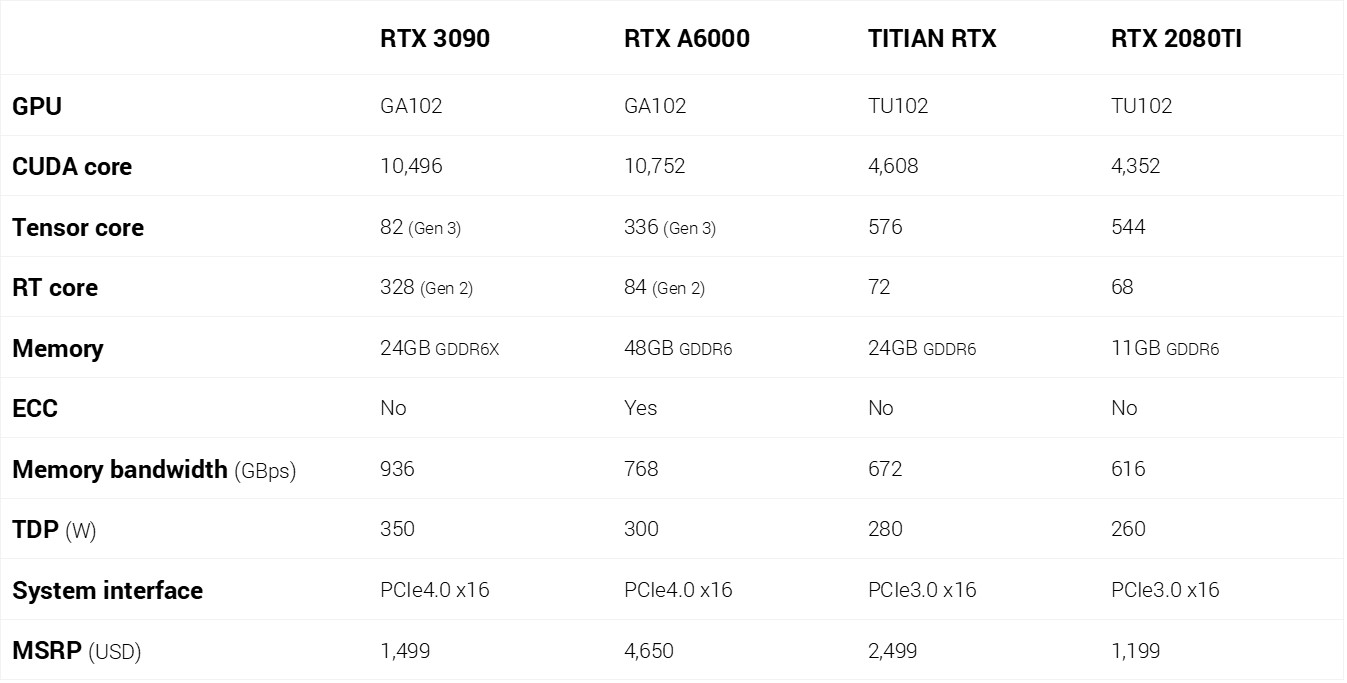 The RTX 3090 and RTX A6000 are based on Nvidia’s latest Ampere architecture whereas the TITAN RTX and the RTX 2080 are based on the last generation Turing architecture. In addition, the Ampere GPU adopts Samsung’s 8nm process, compared to Turing’s 12nm process, the amount of CUDA cores increase significantly. Furthermore, the Ampere GPU carries the third-generation Tensor cores and the second-generation RT cores.

In the third-generation Tensor cores, there are only four streaming multiprocessors (TU102 has 8). However, Nvidia’s Sparse Deep Learning technology doubles the computing performance of the Ampere GPUs given less tensor cores. 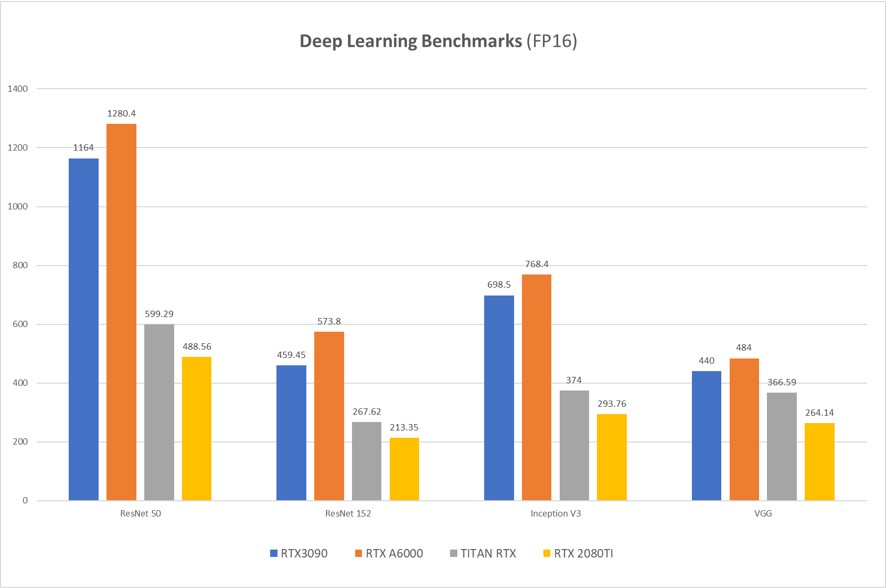 In terms of deep learning, the Ampere GPUs outperforms the Turing GPUs, so the competition is now between the RTX 3090 and the RTX A6000. The RTX A6000 is marketed as a professional GPU, its performance exceeds the GeForce RTX 3090 by approximately 10%. Moreover, the RTX A6000 supports ECC memory where the other three GPUs on our comparison list don’t. However, the price of the RTX A6000 is about three times more expensive than the RTX 3090, and twice the TITAN RTX (professional/ high-end consumer GPU) making its cost performance not so outstanding. So, if ECC isn’t so important in your case, the RTX 3090 is a better choice.

Next, let’s take a look at the difference in RT cores. The second-generation RT core that the Ampere GPU carries optimizes the ray- tracing performance by introducing the “motion blur acceleration”. The Interpolate tri position parameter is added before performing intersection tests for more accurate ray tracing when the object is in motion (read Areej’s article for more detail). Both Ampere and Turing GPUs does decent ray tracing job, but this specific parameter significantly reduces the time to render an image when it comes to motion blur.

Below are some rendering benchmark scores. This time, single RTX 3090 outperforms the RTX A6000 in rendering by 20~30%. And we can see that the performance of the Turing GPUs is not even close. 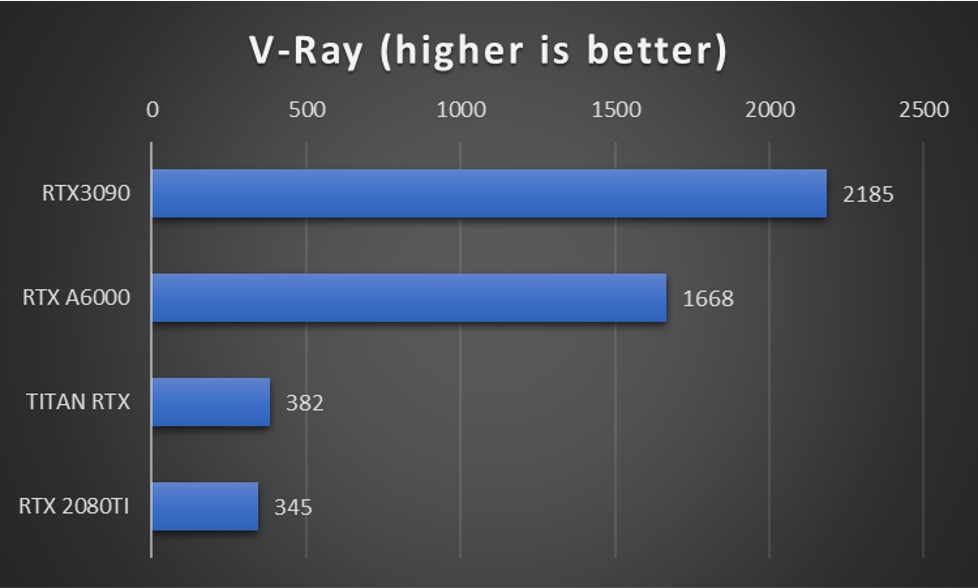 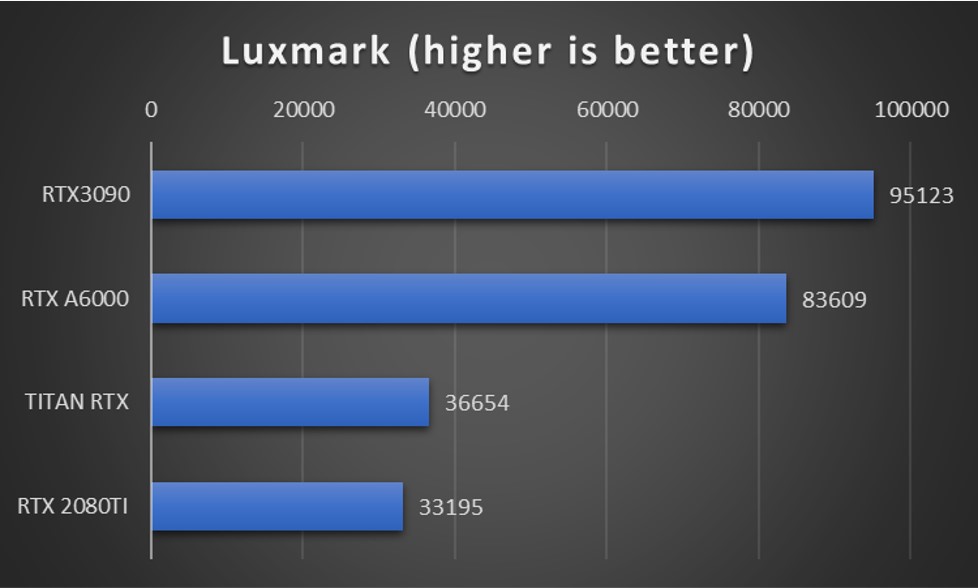 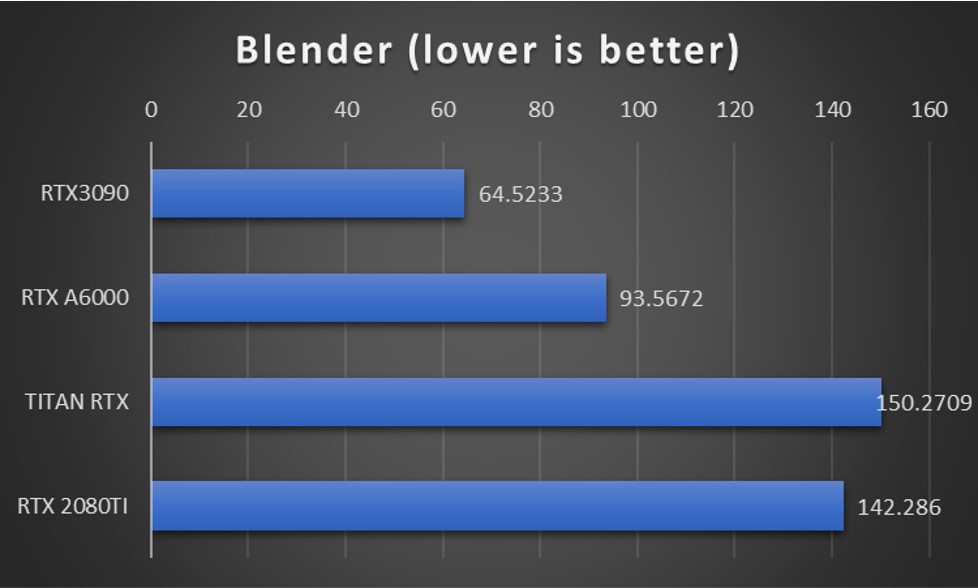 People who are still using the RTX TITAN or RTX 2080Ti for rendering should consider switching over to the new Ampere based GPUs as there is a huge performance improvement.

Last, we gathered some gaming performance data from the internet of the graphics cards we listed. The games were set at Ultra quality (2160p). 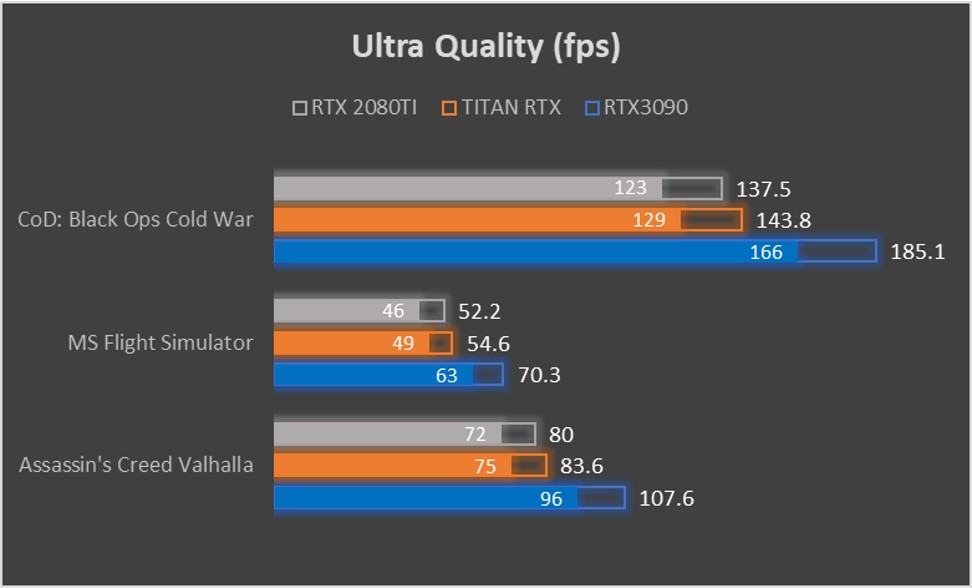 From the graph we see that there’s about 5~7% difference in fps between the TITAN RTX and the RTX 2080Ti. But we also see a huge fps improvement (>25%) between the Ampere GPU (RTX 3090) and the Turing GPUs. Unfortunately, we couldn’t get much gaming data of the RTX A6000, but after all we wouldn’t expect people to use the RTX A6000 for gaming purpose give its five grand price tag. Again, the RTX 3090 wins in gaming performance among the four GPUs.

Price wise, the TITAN RTX seems to be the worst deal among the four whereas the RTX 3090 seems to be the best value GPU. However, one big downside of the RTX 3090 is its system compatibility. The RTX 3090 has the highest TDP (350W), meaning that most people would need a larger power supply unit to support the power consumption. In addition, it is hard to find a dual-slot RTX 3090 on the market, meaning that people who use to have dual-GPU build would have to either have to compromise with single-GPU build or turn to water cooling kits and larger chassis that can further drain your wallets.

From all the information we gathered, we see that the Ampere GPUs has better performance than the last generation Turing GPUs in every aspect. Overall, the RTX 3090 has the best cost-performance ratio. We strongly recommend people with sufficient budget to get the RTX 3090 over any other GPUs no matter what. The only cases we would recommend RTX A6000 is for the enterprise level application or any large-scale deep learning task where data accuracy is critical. If that is the case, you shouldn’t save the bucks with a non-ECC supportive GPU because the business loss could be way larger than what you saved when disaster happens.